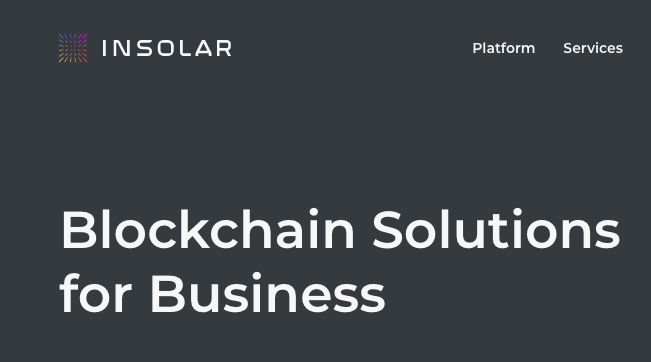 Major uranium producer Uranium One has partnered with distributed ledger technology (DLT) startup Insolar to explore the potential of blockchain in the uranium market, Cointelegraph reported.

The partnership aims to improve uranium production and distribution. Both companies believe that using blockchain technology will make the supply chain more transparent. Uranium One also expects it to enhance the security, compliance, and reliability of the process.

Insolar also told Cointelegraph that the organizations have been discussing about a potential pilot program for the project and they are hoping to launch it later this year. However, it may take over a year for the full launch.

In addition, Insolar projects that its DLT-based platform could reduce the transaction cost by 40% which amounts to billions of dollars annually as well as the cut the turnaround time from months to weeks. Global OTC market trading volume is estimated to be over $380 billion per year and Insolar believed that 3% of that is spent on overhead and other transaction-related costs.

“In trading of over-the-counter commodities such as uranium, the contracts and negotiating process is extremely complex involving at least 6 parties (the miner, the converter, the power generation customer and their respective banks). This means considerable resources to negotiate and sign contracts; Insolar estimates that it could cost up to $50,000 per deal,” Insolar said.

Aside from making the transactions fast and less costly, implementing blockchain in the OTC community can help with the accuracy and completeness of the input data because the sector needs a system that collects transaction data without exposing the details of the transactions.

“In the proposed system, parties interact within the platform to transact securely and seamlessly. Data from the trades is used to set a transparent spot market price and reliable forecasts without revealing the exact figures and sums of particular transactions. Smart contracts are applied to the data in the distributed ledger, improving automation of the deal signing process and guaranteeing that the deal follows the pre-agreed process,” Insolar added.

I am a crypto currency trader and i make over 200% daily trading all day and night and also by passing even when market is down and others are resting , If you are interested, I can teach you how to trade and also help you achieve your goal in life with crypto i can turn 4 btc into $340,000.00 in less than four weeks, now that bitcoin has high prices...please note that crypto currency trading is bitcoin unlike binary and Forex,bitcoin is traded for altcoins , bitcoin can also be traded for Ethereum, Litecoin, United States Dollar, Ripple, Euro, IOTA, and other stocks you need to put to trading on a daily basis with a very correct strategy and a target of profit as you get into the trading market with your capital. Also you can reach to me if you are new to bitcoin and to give you more info and guideline on how to invest smartly, this is opportunity life time knocking on your door ???? inbox me for more info....contact me on [email protected]
Note it’s always better to learn on how to trade yourself than let another take advantage of your hard earned money and keep on promising you its better you just inbox to learn I don’t help anyone in trading thnk you and God bless you.

I am a cryptocurrency trader and i make over 200% daily, If you are interested,i can teach you how to trade and also help you achieve your goal in life with crypto i can turn
$4500 into $35000 in less then four weeks,now that bitcoin has low prices...please note that cryptocurrency trading is bitcoin unlike binary and Forex,bitcoin is traded for altcoins also you can reach to me if you are new to bitcoin and to give you more info and guideline on how to invest smartly, this is opportunity life time knocking on your door inbox me for more info....contact me on whatsapp :+12067425358 happy new year to you all .
More
Breaking
Jul 15, 2021 (Thursday)