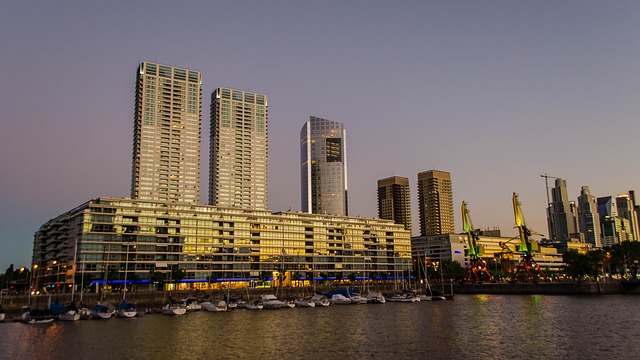 Image by Claudio Bianchi from Pixabay

Ransomware hackers attacked and successfully breached the defenses of Argentina’s immigration agency. However, Argentinian government officials appear to be unwilling to negotiate with the cybercriminals who are asking $4 million in Bitcoin (BTC).

The attack happened on August 27, 2020, when the hackers breached Argentina’s immigration agency, the Dirección Nacional de Migraciones, according to Cointelegraph. The hackers gained control of the agency’s files which caused a brief closure of all immigration checkpoints on that day.

As proof that they are responsible for the hack, the group posted a batch of sensitive date from the agency. The group initially asked for $2 million as payment to restore the agency’s servers but they later increased their demand to 355.8718 Bitcoin, which is equivalent to around $4 million.

Because of the ransomware attack, all border crossings into and out of Argentina were halted for four hours, according to the local news outlet Infobae. All computer networks used by Dirección Nacional de Migraciones’ checkpoints and regional offices were taken offline by authorities.

The publication added that officials do not intend to negotiate with the hackers. It appears that the government has given up retrieving the data stolen by the ransomware group as officials said that “they will not negotiate with hackers.”

“In the case of government departments, this is particularly problematic as the data can often be extremely sensitive, and in some cases even represent a risk to national security,” Emsisoft threat analyst and ransomware expert Brett Callow said. “More than 1 in 10 ransomware attacks now involve data theft, and the list of groups which routinely steal is steadily growing. Consequently, it’s very likely that incidents like this will become more and more common.”

Aside from Argentina’s immigration agency, ransomware hackers also attacked another Latin American target recently. One of Chile’s biggest banks, BancoEstado, had to shut down its branches on Monday due to a ransomware attack, according to ZDNet.

“Our branches will not be operational and will remain closed today," BancoEstado wrote on Twitter. The attack happened over the weekend when the bank’s system was infected with the REvil (Sodinokibi) ransomware.

Fortunately, the bank segmented its internal network which limited the hackers’ access. As a result, BancoEstado’s ATMs, mobile apps, website, and banking portal were not affected by the hack.

Well technically stolen bitcoins end up in the wallet of the Scammer or person who stole them. But that doesn’t have to be the end of your bitcoins. In recent times, there has been good reviews on C|EH recovery experts like ASSETRESCUE01 @GMAILCOM who are able to recover stolen cryptocurrencies, and I personally have been a victim to a scam on Bitfinance, and thought i had lost all my bitcoins and my account was also suspended, thanks to ASSETRESCUE01 Recovery Services, I was able to recover all of the stolen bitcoins. You can send your request over GMAIL or WhatsApp on +1 206 745-0108. They provide excellent services!

Can lost Bitcoin be Found or Retrieved?
Generally speaking, whether lost bitcoin can be found or not depends on how it was lost. Considering the quantity of missing cryptocurrency out there, people have begun offering services to help recover lost bitcoin. These include data recovery specialists, but you need a professional recovery expert like Finance Affairs TEAM to help you get back your lost bitcoin.
Contact them to recover lost bitcoin, bitcoin cash, as well as all other forms of cryptocurrency. And you can be sure that no matter how long it has been lost, you will still get your bitcoin worth.
Contact our support team for further assistance:
F I N A N C E A F F A I R S 7 3 @ G M A I L . C O M
W h a t s A p p: + 1 9 1 4 2 9 6 7 4 9 8
You Can Also Text Or Call: + 1 9 1 4 2 9 6 7 4 9 8
303 Second St., Suite 900 South Tower,
San Francisco, CA 94107

This is one of the biggest scam companies online, please do not fall victim cause I have to many of them, be very careful with where you choose to invest your funds. I found a company online who deal with fund reimbursement and recovery. They do not require any fees but they do require a percentage of the recovered money, and that you right a good review on them online in order to distinguish them from other scam recovery companies.The name of the company is Alliedrecovery. They helped me a lot. If you need assistance here is there contact: [email protected] or call :+14253121045
More
Breaking
Feb 21, 2020 (Friday)