Venezuelan army just inaugurated a new facility that will be used to mine Bitcoin. 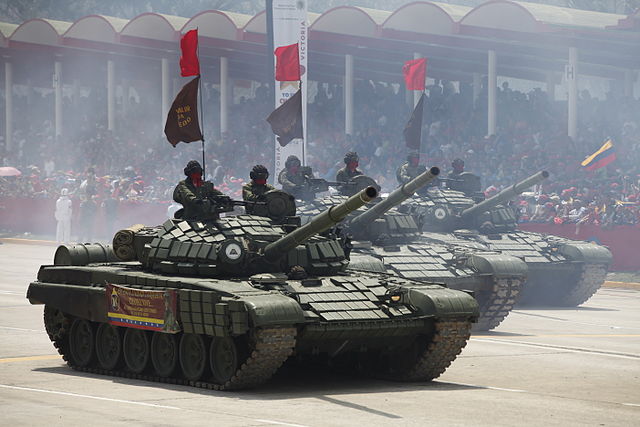 Cryptocurrency usage in Venezuela surged as its citizens turned to digital currencies to counter the devaluation of the bolivar. Now, even the country’s military is turning into Bitcoin (BTC) mining as a source of “unblockable sources of income.”

The Venezuelan army has entered into the world of crypto mining. An engineering brigade has inaugurated the new “Digital Assets Production Center of the Bolivarian Army of Venezuela,” a facility housing ASIC mining equipment that will be used by the military’s Bitcoin (BTC) mining operation, Cointelegraph reported.

The new Bitcoin mining center’s value to the army is its capability of generating “unblockable sources of income.” It is also an alternative to the “trust system blocked and controlled by colonialist interests,” a reference to the United States, which imposed economic sanctions against the Maduro regime.

“For the sake of strengthening and self-sustainability of our Bolivarian army, the harvesters of the 61st Agustín Codazzi Engineer Conditioning Brigade, proudly present the technological [blockchain] project of the Army’s digital asset production center,” a video posted by the Brigade said. “The era of cryptocurrency production begins in all units of the military component, which will be unblockable income.”

“These local mining farms and the miners’ refurbishment line allow production in real-time, defeating the fiat system, blocked and managed by colonialist interests that have affected the Venezuelan people,” the video added. The new center has the support of Sunacrip, Venezuela’s crypto regulator.

Venezuela has the third-highest cryptocurrency usage in the world as citizens turned to cryptos such as Bitcoin (BTC) to offset the devaluation of their currency. Even its government has turned to digital currencies to soften the effects of the U.S. economic sanction.

President Nicolas Maduro recently announced a couple of months ago that Venezuela will be using cryptocurrency in both its global and domestic trade. “Donald Trump and his sanctions are blocking Venezuela from carrying out transactions in any of the world’s banks,” Maduro said. “There’s other formulas to pay, and it’s what we’re using because our payment system works perfectly in China and Russia.”