Could a QR Code Replace Your Phone Number? 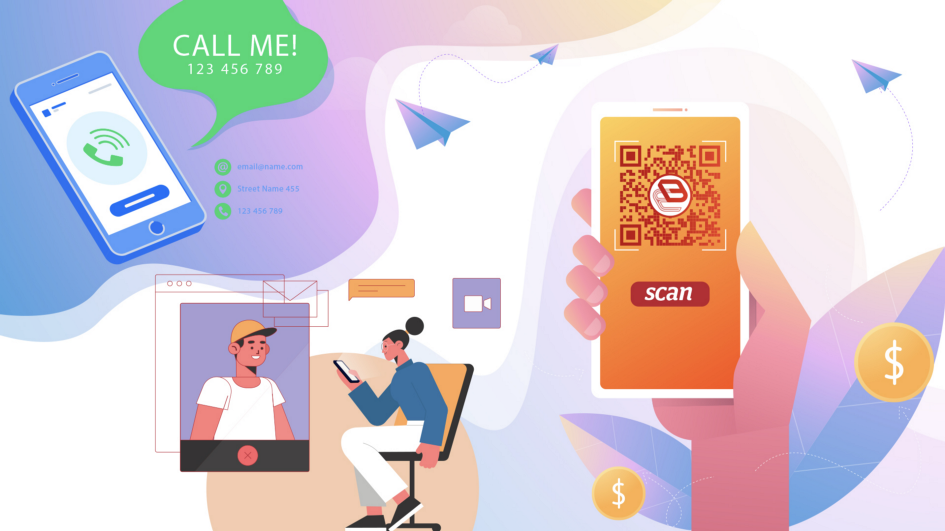 We all remember our own phone number, but what about other people’s? According to a 2010 study, less than half of us know our partner’s number by heart. It would be fair to assume that figure has decreased in the years since.

While we have collectively delegated the responsibility for storing digits to our mobile phones, a new communication app is promising to replace phone numbers altogether. QUICKOM, built by decentralized communications specialist Beowulf, utilizes QR codes to connect people without using clunky telephone numbers.

The innovative app lets recipients scan a QR code, whereupon a call is initiated. For example, you could scan a QR code on a company’s Twitter profile using your smartphone camera, or use a code which has been sent to you in a message.

Promising privacy and ease of connectivity, QUICKOM is designed to return control over communications to the user, bringing call center capability to everyone at almost zero cost. Beowulf hope both enterprises and individuals will see the value in the app, which also allows for messaging with Machine Learning AI-powered chatbots.

As well as using QR codes to place calls, QUICKOM users can generate their own wholly unique and customizable codes, with the ability to set a budget range, the call’s final destination, expiration dates and more. Reeling off your personal phone number — which could well end up on an easily-searchable online directory tied to your name and home address — might become a thing of the past. You can even set a QR code to be valid for a single call.

Dr. William Nguyen, Founder of Beowulf Blockchain, sees many advantages of replacing cumberstone phone numbers with scannable QR codes. “What’s great about the QR codes is that you can better organize workflows and even events. Imagine someone is making their way to a birthday party, for instance. They can’t find the venue, what do they do? Call ahead to get directions, right? OK, but what happens if the line’s busy or goes unanswered?”

“That sort of thing doesn’t happen with QUICKOM, because you can spread the communication responsibility to a small core of people. In other words, when the QR code is initiated, a bunch of people’s phones will go off. One person answers, the other phones stop ringing.”

“Small businesses such as restaurants or cafes could also profit from QUICKOM. Think about a receptionist who is rushed off their feet trying to show diners to their table and also monitor incoming calls. With QUICKOM, managers can create ring groups, to share the burden among staff. What’s more, calls are intelligently allocated to ensure those calling first get priority.”

“As for tackling telemarketers and restoring privacy, well, we consider that a public service!”

QUICKOM may not herald the death of dialling. But it does mark a new age in telecommunications for individuals and companies to make and receive calls and texts messages on their own terms, without any specific software.