Cryptocurrency and stock trading app Robinhood valuation rose to $11.2B in a recent funding round

Robinhood added $2.6 billion to its valuation in just one month. 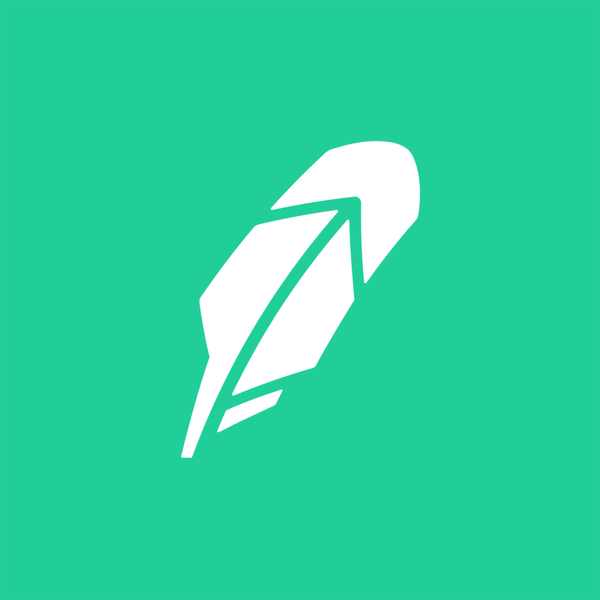 Robinhood successfully raised $200 million in investments after a recent funding round. The cryptocurrency and stock trading app also revealed that its valuation has ballooned to $11.2 billion from its valuation of $8.3 billion last month.

Robinhood announced in a blog post on August 17 that it has raised $200 million in a recent funding round. The Menlo Park, California-based company also revealed that its market value has now soared to more than $11 billion based on the assessment by global investment firm D1 Capital.

“Today, we’re announcing a $200 million Series G funding at an $11.2 billion valuation from D1 Capital Partners,” Robinhood said. “For seven years, the team at Robinhood has been focused on enabling more access to the markets for more people.”

Robinhood said that the capital infusion will be used to further improve its services. “With this funding, we’ll continue to invest in improving our core product and customer experience,” the company added.

This means that the company managed to add $2.6 billion in just one month. It received a valuation of $8.6 billion in July during its funding round where it was able to raise $320 million, according to Cointelegraph.

Robinhood also raised $280 million in a Series F funding round in May. At that time, the company was valued $8.3 billion.

Cointelegraph speculations that the “customer service” that Robinhood wants to improve might be referring to the multiple outages that happened on its platform recently. In March, many traders demanded compensation for their losses when they could not access their accounts when the platform went down three times that month.

The platform also went offline on June 18 despite having recently secured $280 million in a Series F round which was led by Sequoia, the Menlo Park, California-based venture capital firm.

However, Robinhood remains very popular among younger traders due to its “gamified” user-friendly interface. The platform attracted 3 million new users in the first quarter of 2020.

I want to testify about Luis Carlos who help me invest my bitcoin and made me who i am today, i never believe in bitcoin investment till i met Luis Carlos, I saw so many testimony about Luis Carlos helping people to invest their bitcoin, So i decide to contact him and invested $500 and after 7 days i receive my profit of $5,000 on my bitcoin wallet, Ever since i have been investing with them and i always receive my profit without any delay, so if you want to invest your bitcoin, Luis Carlos is the best trader you can invest with and getting your profit is guarantee, So if you want to invest just contact them and they will guide you on how start your investment . Email: [email protected] or WhatsApp : +16234044993

When it comes to trading I would recommend to check it out platforms like https://www.mintme.com where you can trade creators personalized coin. You get very well rewarded if the project you supported has grew.

its extremely difficult for an individual to mine bitcoin and with the increased value over the last 365 days.Bitcoin will surpass gold in my own opinion ,the recent surge and custody given to national banks to safe guard customers cryptocurrencies will be a huge impact on the world positively and the economy of USA.I joined an online trading platform for cryptocurrencies with the best intention of getting out of financial backlash,after my first profit i was denied access to my account with the caption wrong password.it took me seven hours surfing the web for ways to retrieve my passwords,getting across to the admin of the platform proved abortive.
Have you ever try to clawed back your stolen bitcoin without getting the right expert to get it done.well,with numerous names i decided to write to [email protected] mail com for assistance.One of the moment i will never forget was the partnership i had with this great expert after retrieving my account in 48 hours,signed up to their platform for continuity and i can happily say i am financially buoyant with my last profit of 90k after reinvesting and the process continues till i become a millionaire of bitcoin as wished for.

Can the victims get their money back? Yes. If you have been the victim of an unregulated binary options scam or ay scam at all then you are 100% eligible according to the law to recover what was stolen from you. With the right approach and evidence of the fraud you were a victim of, you can recover your money. Those behind the binary options scam want to sell the idea that what happened to you was an ‘unfortunate investment’ when in reality what happened to you was theft via elaborate means. If you were the victim or know a family member or friend who was a victim of binary options fraud, you should speak to a financial fraud recovery expert - it is not too late to recover your money. Simply search ( CORECRYPTO.TECH) on google and go through their website.

If you haven't already DON'T go near these guys, the are the biggest scam artists all wrapped in a polite positive big PINK bow! You WILL lose any money you put in. Talking from experience I lost over 28k$, they started by giving some flimsy reasons for me not being able to withdraw my profits then they pushed me to add more money and when I wasn’t buying that idea anymore they stopped contacting and responding to my contacts. It was the grace of god that someone recommended an expert group. This was how I got all my investment back, you can email [email protected] or call :+14253121045
More
Breaking
Feb 21, 2020 (Friday)