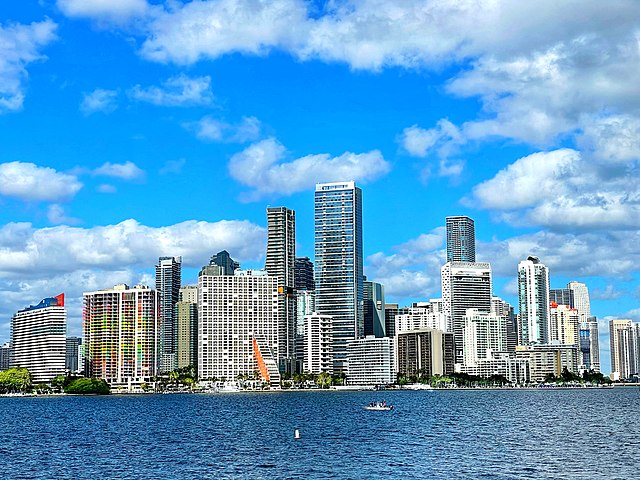 Chinese Bitcoin (BTC) miners are now trying to relocate their operations as the government called for a severe crackdown on crypto mining and trading last month. A few locations in the U.S. could benefit from this “great mining migration” such as Texas, with its low power rates and growing share of renewable energy.

Miami wants a piece of the action as well as it is looking for ways to entice BTC miners to move to Florida. Mayor Francis Suarez is promoting the city’s unlimited supply of cheap nuclear energy to try to convince miners to relocate their operations in the city.

“We want to make sure that our city has an opportunity to compete,” Suarez told CNBC. “We’re talking to a lot of companies and just telling them, ‘Hey, we want you to be here.”

Cryptocurrency mining is a very energy-intensive operation. Naturally, Bitcoin miners are looking for locations that offer the cheaper possible power rates to maximize their profit margins.

Miami Mayor Francis Suarez highlighted the city’s reliance on clean, inexpensive nuclear power to make the location more appealing to Bitcoin miners moving out of China. “The fact that we have nuclear power means that it’s very inexpensive power,” Suarez told CNBC in an interview.

According to the Bureau of Labor Statistics, the average electricity per kilowatt-hour cost in Miami just 10.7 cents. For comparison, the national average is 13.3 cents.

After natural gas, nuclear energy is the second-biggest source of power in the state of Florida. Suarez, Mayor Suarez is reportedly in talks with the Florida Power & Light Company to find ways to further drive down the power rates and make the location more appealing to miners.

“We understand how important this is...miners want to get to a certain kilowatt price per hour,” Suarez said. “And so we’re working with them on that.”

Aside from lower power rates, Suarez is also considering a mix of other incentives to entice crypto miners such as the introduction of enterprise zones. Enterprise zones are areas where “tax concessions, infrastructure incentives, and scaled-back regulations are offered to companies.”