The Ukrainian government aims to educate its citizens on blockchain, Bitcoin, and cryptocurrency. 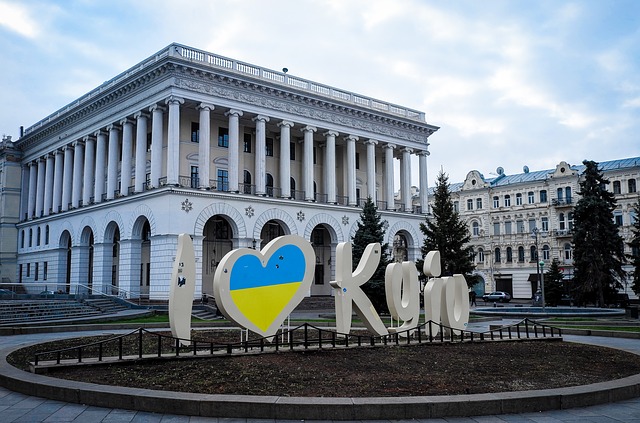 With the rising crypto market, interest in digital assets is on the rise once more. Ukraine wants to educate its citizens with the launch of an education cryptocurrency and blockchain television series.

Released by the Ukrainian Ministry of Digital Transformation, the show premiered on Wednesday, November 25, Cointelegraph reported. The series is part of the government’s “Diia.Digital Education” program and was produced in collaboration with Binance, Hacken, and Crystal Blockchain.

The premiere, which was hosted by former banker and entrepreneur Andriy Onistrat, featured Ivan Paskar, Binance marketing manager in Ukraine, as a guest. The show discussed a few concepts of cryptocurrency such as the supply auditability of Bitcoin (BTC), digital assets “as a permissionless, unstoppable transaction ledger,” and how the identification requirements in crypto exchange can be reconciled with concepts of decentralization and freedom

Watching all episodes will entitle viewers to receive a certificate of completion. This part of Ukraine’s efforts to improve digital literacy among its populace.

The Deputy Minister revealed that the project aims to teach digital literacy to 6 million Ukrainians in three years. “As of the end of December last year, the study showed that 53% of Ukrainians have digital literacy below the baseline. To fix this, we have created this project,” Valeria Lonan explained.

Ukraine has one of the highest cryptocurrency adoption rates in the world. In fact, a report released by the blockchain analytics firm Chainalysis on September 8, 2020, placed Ukraine at the top spot as the country with the highest crypto adoption in its report titled “The 2020 Global Crypto Adoption Index: Cryptocurrency is a Global Phenomenon.”

I am a crypto currency trader and i make over 200% daily trading all day and night and also by passing even when market is down and others are resting , If you are interested, I can teach you how to trade and also help you achieve your goal in life with crypto i can turn 4 btc into $340,000.00 in less than four weeks, now that bitcoin has high prices...please note that crypto currency trading is bitcoin unlike binary and Forex,bitcoin is traded for altcoins , bitcoin can also be traded for Ethereum, Litecoin, United States Dollar, Ripple, Euro, IOTA, and other stocks you need to put to trading on a daily basis with a very correct strategy and a target of profit as you get into the trading market with your capital. Also you can reach to me if you are new to bitcoin and to give you more info and guideline on how to invest smartly, this is opportunity life time knocking on your door ???? inbox me for more info....contact me on WhatsApp +1(206)-742-5358 we bless the lord for a year well spent .

will this series be about krypton? this is the best decentralized currency from the anonymous utopia ecosystem
More
Breaking
Jan 27, 2021 (Wednesday)