APAC’s crypto experts: 2019 to be a year of tokenized securities and continued blockchain innovation and adoption 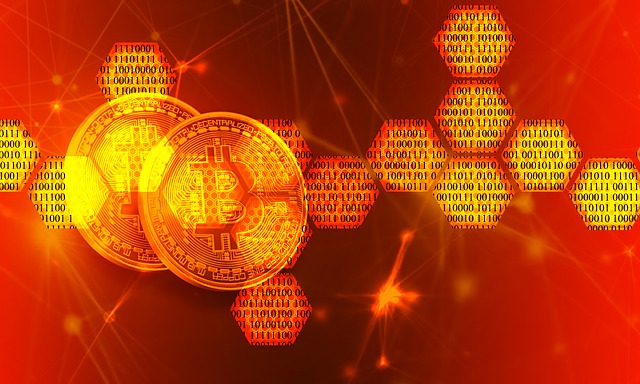 With major cryptocurrencies trading in the red, 2018 is being touted as the worst year for the crypto market. The entire crypto market capitalization tumbled from $800 billion in January 2018 to around $121 billion in December.

According to Learn Bonds, several bitcoin exchanges went out of business during the collapse.

However, crypto experts remain hopeful for a recovery in the crypto market in the forthcoming year.

Commenting on the “Crypto winter”, Robert Viglione, CEO and Co-Founder of Horizen, said:

“The severity of the crypto crash, or as many are calling it, the Crypto Ice Age, makes it more likely the bottom is near. Strategic investors who see the long run potential of the tech and a select group of projects in the industry will be salivating at these prices and accumulating on the dips.

Ryan Taylor, CEO of Dash Core Group, pointed out that while enormous weight is placed on market price movements to assert the success or failure of the cryptocurrency movement, it is often overlooked that use continues to grow and innovation remains robust by nearly any measure.

“Bitcoin’s transaction count is now the highest it’s been since January. Dash – the project I support – has seen transaction counts double over the past year even as prices have declined. Silently, speculation is ceding to real-world use,” he explained.

He compared the events in the crypto market to those of the dot com bubble, where “as the market prices of internet stocks were crashing, internet traffic continued to rise and businesses continued to build better online experiences.”

“If cryptocurrency truly were a "flash in the pan" ponzi scheme, as many detractors would have you believe, transactions would not have continued growing when encountering the headwinds of a falling market,” Taylor added.

2019 – A Year for Utility Tokens or Tokenized Securities?

SEC Commissioner Hester Peirce said that utility tokens (or app-coins) “may function as a means of executing a transaction, as a way to get access to a product or service or participate in a community, or in any number of ways that have yet to be dreamed up.”

Security tokens, on the other hand, represent ownership of an asset, such as a company’s shares or profits. In a report, the Chamber of Digital Commerce’s Token Alliance explained, “Tokenized securities, like other securities, are subject to SEC jurisdiction, but are different than other securities in that they may apply blockchain technology to raise funds, track ownership, and deliver value to owners.”

Raphael Delfin, Head of Research at Brave New Coin, stressed that regardless of the upcoming advent of tokenised securities, he sees a “promising future” for utility tokens.

Viglione also sees the potential of utility tokens, but said that such tokens will come from protocols with broad possibilities and large infrastructure, not so much on the niche utility-for-a-single-service side.

“The next bull run will likely be built on securities token offerings (STOs) in which regulated businesses tokenize large swaths of known asset classes, or even equity in small to medium size ventures that enter the crowdfunding space,” he added.

Xinshu Dong, CEO of Zilliqa, said that tokens that bring real value-add for users will lead the charge in 2019.

More Blockchain Projects and Use Cases

Industry experts are unanimous on the widespread adoption of blockchain technology. While they believe that a number of “questionable” projects will cease, the experts see many new projects and use cases to emerge in the forthcoming year.

“I believe that 2019 will see a continuation of adoption, innovation, and exploration of new use cases. There will be a massive number of failures and a handful of incredible successes along the way. Many painful lessons, and many new models for success will emerge from these results. Digital assets are clearly not for the faint of heart, but they aren’t going away as long as people value financial freedom, privacy, and independence. Needless to say, I don’t think cryptocurrencies are going away anytime soon,” Taylor said.

Dong said that 2019 will witness a wave of widespread use cases as organisations looking to implement and develop blockchain applications become more focused.

“So it is very likely that we will see some compelling use cases emerge. As entrepreneurs and enterprises introduce and implement blockchain technology, a major stumbling block the industry faces is the balance between scalability and security. 2019 may indeed be the year we address the existing challenges, see traction for the technology beyond the testnet phase, and welcome many far-reaching dApps,” he added.

Max Kordek, Co-Founder and CEO of Lisk, believes that institutional attitudes towards blockchain technology will continue to shift in 2019 as rapidly as the technology itself.

“Mainstream business, traditional finance, and even government institutions will continue to both accept blockchain into their everyday practices, as well as shape its progression through usage and regulation. Developers and the innovative projects they work on will continue to advance blockchain’s capabilities, by creating boundary-pushing proofs-of-concept and new use cases. These, on the other hand, will continue to close the gap between the technology and its centralized competitors.

However, Kordek added that the disruption this technology is expected to bring would not be fully realized over the course of just one year. He explained:

“We’re dealing with extremely futuristic propositions here and there is work to do. We must strive to meet industry challenges, such as the lack of formal blockchain education and the need to keep attracting top talent into the industry. Most importantly, however, the blockchain industry needs to continue driving the technology’s research and development and share their cumulative knowledge through a strong, global open-source development culture.”