Novogratz, who expects BTC to rise to $20K by year-end, believes that it is a wise move to invest in gold to manage the risk due to the volatility of Bitcoin's price. 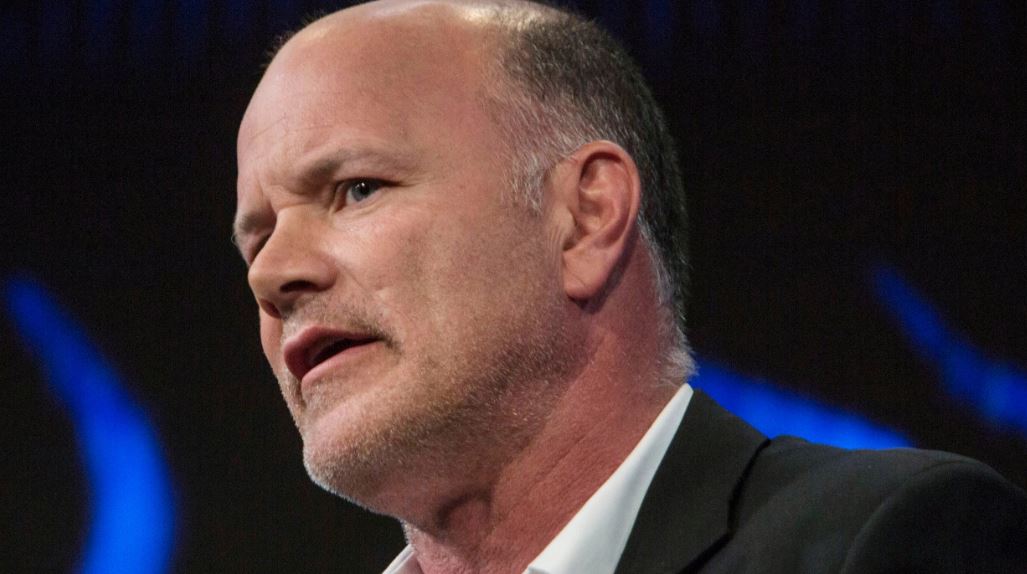 Cryptocurrency investor Michael Novogratz is a known Bitcoin bull. In fact, he predicted a few months back that BTC’s price will reach $20,000 by the end of 2020.

Despite believing in the Bitcoin price’s eventual rise, he does not want cryptocurrency investors to place the majority of their funds into BTC. Novogratz says it is safer to buy more gold than Bitcoin at the moment, according to Cointelegraph.

While he believes that BTC will post a better market performance compared to gold, the cryptocurrency is just too volatile that it’s best not to put all their investments into the token. “My sense is that Bitcoin way outperforms gold, but I would tell people to have a lot less Bitcoin than they have gold, just because of the volatility,” Novogratz said on CNBC’s “Fast Money” on July 8.

Novogratz explained that will Bitcoin usage is gaining momentum, it is “still early in the adoption cycle” and hard to obtain. “Bitcoin is still hard to buy. If it was easier to buy, it would be a lot higher,” the investor added. “And there are more and more people making it easier to buy: funds being set up, custodies being done, at one point we’ll get an ETF.”

Gold’s price has been inching higher recently and even established a nine-year high. This happened on July 9 when it breached the $1,800 mark, establishing the precious metal’s highest price since September 2011.

While gold is doing well recently, Novogratz believes that Bitcoin will outperform the precious metal this year. In fact, he predicted that BTC will likely rice to $20,000 by the end of the year.

“This is the year of Bitcoin and if it doesn’t go up now by the end of the year, I might just hang my spurs,” Novogratz said on CNBC “Closing Bell” on April 2, according to Blockonami.

It’s not only Novogratz who expect BTC to rally soon. Former Wall Street trader turned head of the crypto fund Pantera Capital Dan Morehead also believes that the cryptocurrency will set a new record in the next 12 months.

“My best guess is that it will take institutional investors 2–3 months to triage their current portfolio issues,” Morehead said. “Another 3–6 months to research new opportunities like distressed debt, special situations, crypto, etc. Then, as they begin making allocations, those markets will really begin to rise.”

A fraudulent broker almost made away with my money but the recovery agent Mr Bart kasch tracked and got it back like he said he would. He is the best i have ever worked with and thanks to him i have my $80600 back in my account, you can reach him at [email protected] if you need help

CONTRACT HACKERS: WE CONNECT YOU WITH PROFESSIONAL HACKERS FOR HIRE!!
Have you been scammed on Facebook or any other platform and you want to know who is behind the computer or phone? Read this brief article!

We are a growing hack company that connects you with well known professional hackers for hire.

The purpose of this team is to manage clients queries by using the RIGHT TOOLS we need to delight our clients without compromising on quality in order not to make them feel challenged to gain our assistance!

Our team doesn't stop at asking mere questions. We take your feedback, and work on every detailed complaints you may have.
Be it

For the fastest resolution to any issue, please contact our Support Center prior to submitting a request. We remain anonymous to you for risk reasons.

DO YOU NEED A PROFESSIONAL HACKER? DO YOU WANT TO RECOVER YOUR BITCOINS FROM A BROKER SCAM?

Take your time to read carefully. You will definitely need us!

DO YOU KNOW that there are thousands of "Request Tickets" sent every single day to support teams on bitcoin trading platforms? For example; COINBASE, BLOCKCHAIN, PAXFUL, REMITANO, LUNO, HITBTC, BINANCE, LOCALBITCOINS, KPAKEN, BITFINEX and so many more!
Now how do you expect them to answer you in few minutes and solve your problems 100%?!
How long will you wait?

Today's support team on different bitcoin trading platforms are not completely reliable as you will be told to hold on and you will be attended to probably after a month because there are thousands of customers to attend to.


On different platforms of bitcoin trading, a team of professional hackers came together on contract to provide swift help to Bitcoin traders having any issues with their accounts which were not attended to by their Support Team on their trading platform.


The purpose of this team is to manage customer queries by using the RIGHT TOOLS we need to delight our customers without compromising on quality in order not to make customers feel challenged to gain our assistance!

Our team support doesn't stop at asking mere questions. They take your feedback, mix it with some crypto insights and turn it into a better experience for our users every single day!

And any other issue can be resolved by us without stress. Chat with us. Thousands of customer issues are resolved within minutes every day!

For the fastest resolution to all issues, please contact our Support Center prior to submitting a request.

To assist us in resolving your issue as quickly as possible, please provide specific information such as digital currency addresses, payment codes, or the exact error message displayed!