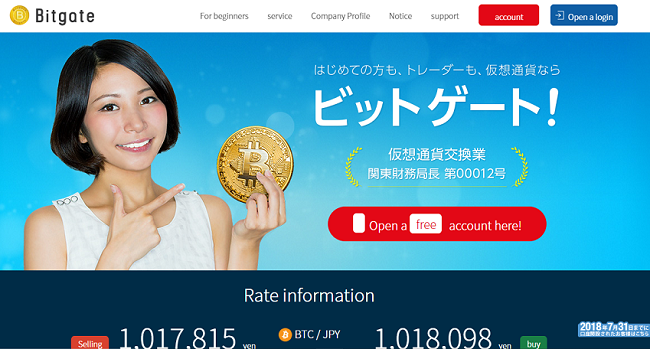 According to the details, SNC has transferred 58.1% of its 100% stake in Bitgate to Daiko Holdings and will retain a minority 41.9% stake in the exchange. With this, Bitgate has become an official subsidiary of the Daiko Holdings Group.

In addition, two senior executives at Daiko have joined Bitgate’s board of directors, along with the CEO of SNC.

Established in 2017, Bitgate was one of the first platforms to obtain a license from the Financial Services Agency (FSA), Japan’s financial regulator. The exchange exclusively handles bitcoin (BTC).

Daiko is the latest to join the roster of Japanese financial services firms that have made inroads into the crypto sector.

I am a cryptocurrency trader and i make over 200% daily, If you are interested,i can teach you how to trade and also help you achieve your goal in life with crypto i can turn
$4500 into $35000 in less then four weeks,now that bitcoin has low prices...please note that cryptocurrency trading is bitcoin unlike binary and Forex,bitcoin is traded for altcoins also you can reach to me if you are new to bitcoin and to give you more info and guideline on how to invest smartly, this is opportunity life time knocking on your door inbox me for more info....contact me on whatsapp :+12067425358 happy new year to you all .
More
Breaking
Apr 22, 2021 (Thursday)