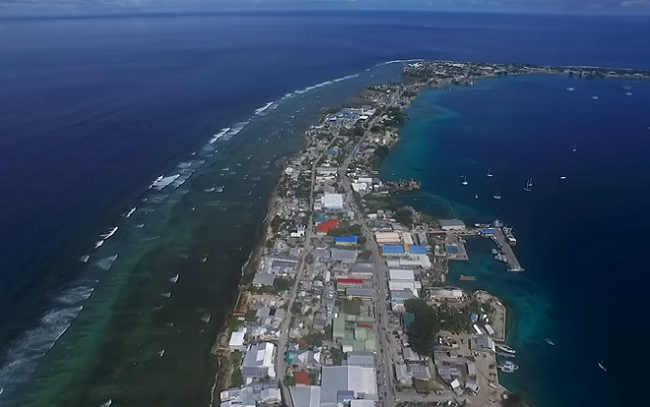 The Republic of Marshall Islands (RMI) has announced that it will introduce its government-backed blockchain-based cryptocurrency, the Marshallese sovereign (SOV), in a token pre-sale.

“The currency will be introduced through a sale over an extended period of time in a Timed Release Monetary Issuance (TRMI). The units sold during this introductory period are intended to be exchanged for the Marshallese sovereign once it is officially launched. The TRMI units are to be released continuously in equal daily allotments via auctions,” the RMI said in an official announcement.

Speaking at CoinDesk’s Invest: Asia on Wednesday, RMI minister David Paul said that anyone anywhere in the world can register for the upcoming pre-sale on the recently launched SOV Development Foundation website.

The bulk of the proceeds from the sale will be placed in trust funds focused on addressing key challenges for the RMI, such as combating climate change and mitigating the ongoing health crisis caused by nuclear testing at Bikini Atoll.

According to the release, SOV has built-in compliance features and its supply will grow at a fixed rate of 4% a year, preserving its value and removing the ability to “print money.”

The RMI currently uses the U.S. dollar as its currency. It clarified that the dollar will continue to be circulated in the islands following the launch of SOV, adding that Marshallese sovereign will be the RMI’s official legal tender.

CoinDesk reported that the International Monetary Fund (IMF) and the U.S. Treasury previously expressed that they were not really in favor of this cryptocurrency effort. However, after a year of internal discussions, Paul said that U.S. officials now expect this project to work.

He emphasized the importance of regulatory compliance for launching the TRMI saying, “A nation cannot rebrand [like a company can]. That’s why we have to do this in such a way that’s different. It has to be transparent. It has to be inclusive. We need to make sure that we work with regulators to ensure that once we launch, they don’t go back and say, ‘Oh, you haven’t done this. You should have done that.'”

As to why they are going through the pre-sale route, Paul said that it is to understand the levels of liquidity and market interest in the SOV. He said (as quoted by CoinDesk)

“TRMI is really another way of doing an [initial coin offering] but in a more responsible and methodical manner. That’s really the TRMI. You have to look at how to establish liquidity. When you do TRMI, you’re looking at the appetite for the product and how it’s going to [behave] in the markets.”

Ahead of the Invest: Asia 2019 conference, Paul published an essay underscoring the goals of the crypto initiative. He said that the decision to issue a blockchain-based legal tender was based on a conviction that a centralized system is not feasible for a country with a little over 50,000 people scattered across more than 1,000 Pacific islands.