Young Korean employees are turning to Bitcoin (BTC) and crypto investing as a way to generate wealth to fund their lifelong dreams, such as owning a house of their own. 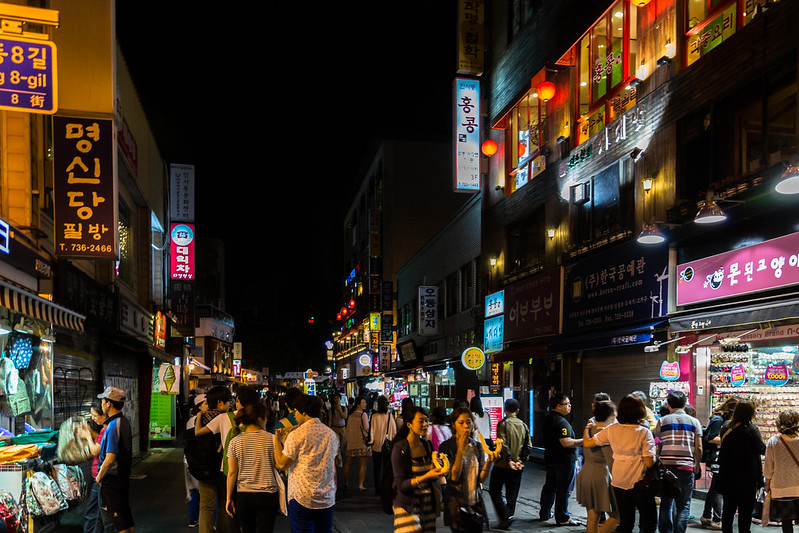 A growing number of young Korean employees are turning to Bitcoin (BTC) and crypto investing as a way to generate wealth to fund their lifelong dreams, such as owning a house of their own. However, their passion for investing in digital currencies has affected other areas in their lives as well, such as their performance at work.

Many South Korean workers in their 20’s and 30’s are starting to explore trading in cryptocurrencies such as Bitcoin, according to The Chosun Ilbo. Experts suspect that these young employees might have been lured into the high-risk world of crypto investing due to the rising housing prices, which makes owning a home seemingly out of reach for most of them.

“I face the reality of being unable to afford my own home no matter how hard I save up my salary,” one office worker in his 30’s told the publication. “Despite severe volatility, there is no other way than cryptocurrency investments for me to accumulate wealth.”

However, the trend is causing problems for their employers. Many business owners and managers are complaining that their young employees are being distracted by the fluctuating Bitcoin price, which they track throughout the day even during working hours. Some workers have even decided to quit the jobs to focus on crypto trading.

For instance, a worker in his 20’s named Han Jung-soo decided to quit his job of three years with a credit card firm to focus on crypto trading. The decision came after he made 3 billion won (around $2.6.million) through trading.

“I enjoyed working, but I realized it made more financial sense to focus on my investments considering the returns I can gain for the amount of time I put in,” he explained. His success story soon spread, which prompted other workers to leave their jobs as well.

Some businesses are planning to block access to crypto trading sites during office hours. Other firms have offered higher salary packages to their employees, especially those working in the IT sector, as a way to dissuade them from leaving their posts.

“Most employees of IT companies in this area invest in cryptocurrency, and we're seeing workers quit after making more profits from their cybercash investments than their jobs,” a team leader at a startup firm said. “This is one of the reasons that IT companies have recently rushed to give big pay rises to their staff.”

A common misperception is that lost or stolen bitcoin is gone forever. without knowing that, as Blockchain Forensics Continues to Evolve, Identifying, Tracing and Recovering Stolen, Hacked or Scammed Crypto Assets may have already become easier than traditional asset recovery. as easy as it is ONLY A Very Very few Professional Recovery Experts and Hackers can get this type of job done, TO Perform or Invest and hold a certain Amount of Bitcoin you have to verify your Identity as Required by the Law. A few Expert have found a way to exploit this Verification and use it to their advantage to Trace and identify Bitcoin wallet and the Identity of the person who owns the Wallet which Victims sent Bitcoin or other Crypto Asset to.
IF You ever lost your funds to an investment scam, Bitcoin Mining Scam or any Type of Scam what you need to do is Hire a Professional to get the job done. Also be very careful of who you hire to get the job done, as MORE Than 95% of people who claim they can Recover Lost, Stolen, Hacked, or Scammed Bitcoin are all Scammers themselves trying to rip you of Whatever is remaining of your Hard Earn Money WHICH was lost to Scammers.
If you ever need to HÏŘË a professional to help you recover your bitcoin or funds either stolen, HÄČKËD or ŠČÄMMËD, simply send an ema!| to ‘’FÅSTŘËČÕVËŘÝ02 HÃŤ GMÃÍĹ ČÕMË’’ . he is a professional recovery agent who recently recovered 500,000USD worth of Bitcoin Stolen from a friends wallet. he does not charge a penny until after the job is done. he has been tested and Trusted by Several Victims of investment scam i know.

Learn how to trade and invest in BITCOINS, contact Mr Oliver Donald today he will give you all the info you need to know about cryptocurrencies and at the same time he can help you make life changing profits by bitcoin email: oliverdonald927 @ gmail . com or whatsApp her on +1 (720) 466-3701

I have seen and tried different strategies and methods, until I lost a lot of money when trying. Until I presented this new strategy that I put back on track and managed to recover my lost money and still make consistent growth across my trade. Oliver Donald is an incredible professional, with vast experience and deep knowledge of agricultural negotiation, he helps me to take the financial penalty.

i also lost about $175,000 to an IQ option broker and 2 fake binary option website as well but I am sharing my experience here so as to enlighten and educate everyone that is losing money or has lost money to a scam including binary options, dating scams,Recover all your lost money to Bitcoin and other Cryptocurrency, mortgage/realestate scams and fake ICOs.However , I have been able to recover all the money I lost to the scammers with the help of a recovery professional and I am pleased to inform you that there is hope for everyone that has lost money to scam.you can reach out to them at
perfectwealthrecovery at gee male dot com
whatsapp: +1 254 307 7185
NO UPFRONT PAYMENTS

I have seen and tried different strategies and methods, until I lost a lot of money trying it. It was not until I presented this new strategy that I started up again and managed to recover my lost money and still achieve constant growth in my trade. Mr Oliver Donald is an incredible professional, with vast experience and a deep knowledge of agricultural negotiation, he helps me to accept the financial sanction. I have earned over $54,000 within three months of trading with him. Do not hesitate to contact him because he is a good marketer to invest with when you want to invest in cryptocurrency.