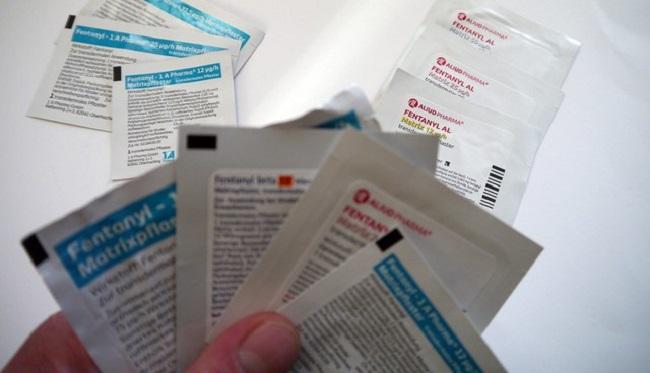 “Fentanyl Skat” by Nils Wommelsdorf is licensed under CC BY 2.0 at https://www.flickr.com/photos/nilswommelsdorf/34268050184

OFAC identified Xiaobing Yan, Fujing Zheng, and Guanghua Zheng as narcotics trafficker under the Foreign Narcotics Kingpin Designation Act in a press release. The agency alleged that they have been running an international drug trafficking operation in the U.S.

As such, it has frozen all their U.S.-based assets and listed email aliases, citizen numbers, and passport information. Bitcoin addresses, including litecoin addresses, believed to be theirs were also added to the Department of Treasury’s Specially Designated Nationals (SDN) list.

“The Chinese kingpins that OFAC designated today run an international drug trafficking operation that manufacturers and sells lethal narcotics, directly contributing to the crisis of opioid addiction, overdoses, and death in the United States,” Sigal Mandelkar, Treasury Under Secretary for Terrorism and Financial Intelligence, said.

“[Fujing] Zheng and Yan have shipped hundreds of packages of synthetic opioids to the U.S., targeting customers through online and advertising and sales, and using commercial mail carriers to smuggle their drugs into the United States,” Mandelkar said.

OFAC has partnered with the Financial Crimes Enforcement Network (FinCEN) and local enforcement agencies. It also coordinated with the U.S. Attorney’s Offices for the Northern District of Ohio and Southern District of Mississippi, the Department of Justice’s Criminal Division, the Drug Enforcement Administration (DEA)’s Cleveland and Gulfport offices, and DEA’s Special Operations Divisions.

The U.S. government recently issued a series of advisories on Wednesday in a bid to strengthen the alertness of the private sector on fentanyl trafficking. The White House issued notices, including an advisory educating financial entities how to detect and report fentanyl-related transactions, and another alerting digital platforms to how distributors might use online marketing to lure customers.

Please I think genuine recovery consultant do not advertise themselves. I am not used to
writing reviews but because of my personal experience it is only nice of me to share. people
need to be warned and knowledgeable about binary options before investing. I lost my life
savings to this and I’ve always wonder why the Government have refused to put a sanction on
these unregulated scums.
Well, truth is I was lucky to meet mr Alex who is an expert in financial fraud and asset
recovery, He’s a consultant with Wealth recovery International and also own a tech company that
runs forensics on cybercrime. Very trusted and reliable, He helped me recovered all my
investment from recover btc. If you need help to recover your money, CONTACT:recbtc17 at g mail dot com. OR TEXT/WHATS APP +15187224413
More
Breaking
Feb 21, 2020 (Friday)