Minister Hong Nam-ki expressed his opposition to the proposed postponement and wants the crypto tax code to take into effect as originally planned. 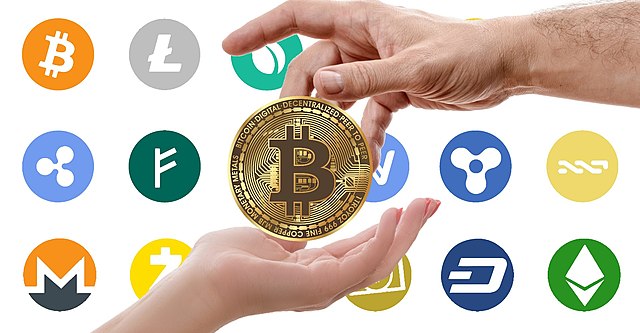 South Korea’s crypto tax code will come into effect by next year. The country’s finance ministry said that the implementation of the new tax code will push through as planned despite moves made by the majority Democratic Party to have it postponed until 2023.

South Korean Minister of Strategy and Finance Hong Nam-ki said that the crypto tax code will come into effect on Jan. 1, 2022, Cointelegraph reported. Under the new code, the government will impose a 20 percent tax on income derived from crypto transactions above 2.5 million Korean won (around $2,100).

Earlier this month, the Democratic Party announced plans to move the implementation of the crypto tax law from 2022 to 2023. A representative of the ruling party pointed out the difficulty of securing data to be used for taxes on crypto exchanges and P2P transactions.

“In a situation where the relevant taxation infrastructure is not sufficiently established, the deferral of taxation on virtual assets is not an option, but an inevitable situation,” Noh Woong-rae said. The lawmaker is a member of the Democratic Party of Korea, which holds a slim majority in South Korea’s National Assembly.

However, Minister Hong Nam-ki expressed his opposition to the proposed postponement and wants the crypto tax code to take into effect as originally planned. During a National Assembly session on September 15, the finance minister expressed his opposition was asked if it is reasonable to move the implementation of the stock market capital gains tax and virtual asset tax to 2023.

“In the past, it was almost impossible to collect taxes on virtual asset accounts, so no taxation was carried out[...,” Hong Nam-ki said on Wednesday. “The foundation has now been laid, and based on that, we will be taxed starting next year.”

The Democratic Party’s move could be facing an uphill battle due to Hong’s opposition. The party only holds a slim majority in South Korea’s National Assembly.

I am very pleased with the help CYBER CREDIT GURU rendered in restoring my credits. I am a disabled Veteran who over the past 2 years had to let my credit go due to health priorities that were not covered by VA & other insurance, my credit scores were 514 Experian, 515 Equifax, and 518 TransUnion. No public records, only 3 open Accts but several collection Accts with Zero Balances, few Weeks ago, I ran into some Credit blogs on the net which led me to CYBER CREDIT GURU the most talked about US based Russian hacker, who tremendously repaired and upgraded my credit score to 784, 789, and 802 within the 3 Bureaus in just a Week after I contacted him. If faced with similar challenge, connect with him via: C Y B E R C R E D I T G U R U (AT) G M A I L (DOT) C O M or Call / Text: +1(650) 239 7249 you too can be helped, I recommend him without hesitation.

I am a crypto currency trader and i make over 200% daily trading all day and night and also by passing even when market is down and others are resting , If you are interested, I can teach you how to trade and also help you achieve your goal in life with crypto i can turn 4 btc into $340,000.00 in less than four weeks, now that bitcoin has high prices...please note that crypto currency trading is bitcoin unlike binary and Forex,bitcoin is traded for altcoins , bitcoin can also be traded for Ethereum, Litecoin, United States Dollar, Ripple, Euro, IOTA, and other stocks you need to put to trading on a daily basis with a very correct strategy and a target of profit as you get into the trading market with your capital. Also you can reach to me if you are new to bitcoin and to give you more info and guideline on how to invest smartly, this is opportunity life time knocking on your door ???? inbox me for more info....contact me on [email protected]
Note it’s always better to learn on how to trade yourself than let another take advantage of your hard earned money and keep on promising you its better you just inbox to learn I don’t help anyone in trading thnk you and God bless you.
More
Breaking
Jul 15, 2021 (Thursday)